By the late 1960s, Teddy had transformed his group into the Mexicali Brass, a Las Vegas-style Mariachi band. The group's unique sound, a combination of the mariachi style made famous by the Tijuana Brass, the golden tones of Teddy's saxophone and the rich quality of Colleen's voice, made the Mexicali Brass a most popular band. They played all the best clubs throughout the country, appeared on all the top TV shows, had several million seller records and appeared at State Fairs with stars like Bob Hope, Red Skelton, Jack Benny, and many more. Teddy and Colleen recorded several albums together until their amicable divorce in the early 1970s.

Colleen expanded her already successful musical career and in 1966 landed a #1 Hit with "Freckle-Faced Soldier". The song climbed the U.S. Billboard Charts and topped the Billboard Charts in Japan. As a result, she toured all across Asia for a year. In the mid 70s she released her solo debut album "Birds With Broken Wings", with more solo recordings to follow.

Teddy too, continued to be prominent on the dance band scene and briefly toured the United States in the early 1980s as the leader of a Guy Lombardo tribute band. His 1984 produced album "Great Concert in the Sky" featured signature songs of famous dance bands. 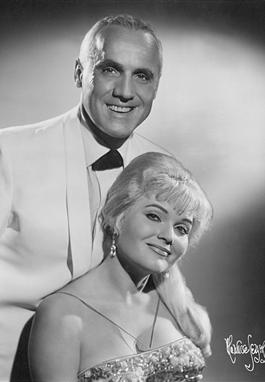 It was during this time period that they were signed by a major record label, Imperial Records. They recorded 10 songs, most of which were written by their late grandmother Eva M. Burke (Mimi), daddy Joe Lovett and Colleen. All of these recordings have been remastered. 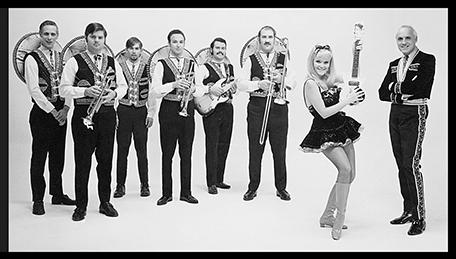 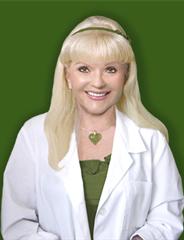 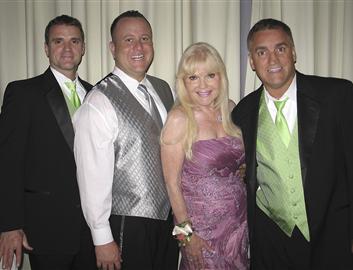 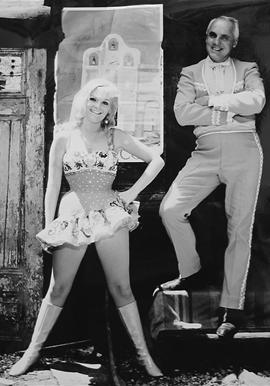 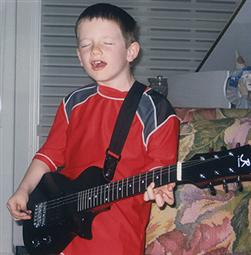 In the early 1960s, Teddy Phillips and Colleen Lovett married and moved to California, where Teddy's variety show continued for a time on local television. Soon after, Colleen and Teddy welcomed their first son, Joe. The couple's family quartet became complete with the birth of Ted jr. a few years later. 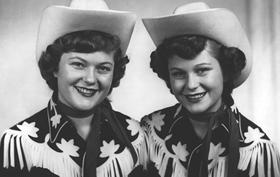 Colleen Phillips Lovett dazzles fans with her versatile voice, which enables her to sing a beautiful ballad one minute, and the next, belt out a rhythm tune. The talented singer would round up her performance by dancing, playing the guitar, banjo and the trumpet.
Colleen and her sister Char were two little girls, age 2 and 3 years old, when their daddy, band-leader Joe Lovett stood them on a chair in front of a microphone and struck up the band. Their mother, Jane stood in the wings, crossing her fingers that her girls would start to sing. And sing they did. Music and singing soon became the very center of their lives. Music always filled their home. There were all night jam sessions in the living room, with daddy singing and playing guitar and mother cooking up bacon and eggs for the group. The girls thought everyone lived that way and loved it! They started singing with their daddy's band in various night clubs all over Dallas. As young teenagers, they began singing on the WFAA Saturday Night Shindig Radio and TV shows, and later on the WRR Big 'D' Jamboree in Dallas.

With music in his blood, Alex represents the next generation of Phillips' musical talent, and so the tradition continues.

Later on, still in their teens, they began singing with the Teddy Phillips Orchestra and later appeared with his band on a very popular weekly TV show in Chicago. When that show ended, Colleen and Char began their solo careers, Colleen singing with the Teddy Phillips Orchestra and Char joining the Ray Herrera Orchestra. Both enjoyed a very successful solo recording and entertaining career for many years.

In 1984, Colleen, now Dr. Colleen Phillips, Ph.D., Diet Nutrition-ist, founded Diet Doctors Medical Mgmt, a successful medical weight loss center in Canoga Park, CA, and in 2003, added Laser Doctors Medical Mgmt to her career in the medical field. In that same year, Colleen and Char once again hit the recording studios as the Lovett Sisters and released their double album "Wheels of Time".
Colleen is devoted to her ever-growing family, her friends, her staff and her four-legged friends. With her youthful looks, her charismatic personality and her endless energy, she continues to turn each day into a new, exciting adventure.

Teddy Phillips passed away from kidney failure in the Spring of 2001 at the Beverly Manor rehabilitation center in Canoga Park, CA.

"We were playing the album he produced, 'Great Concert in the Sky', and even though he may have been unconscious, we like to think he heard the music", said Colleen, his close friend and former wife, who was at his bedside together with their two sons. Teddy is survived by his ex-wife Colleen Phillips Lovett, his two sons Joe and Ted Jr., his grandson Alexander, his stepson Jacob, and his three siblings Mary, Thomas and James Simms.